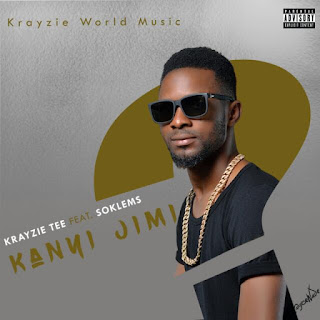 Popular up and coming Benue Rapper, Terver Atu better known as KrayzieTee has dropped a song today titled Kanyi Jimi featuring Benue Act Soklems days after he was released from police net.
Last week, there were rumours that the Loved rapper and philanthropist was arrested by security operatives in Gboko while he went for a studio session.
Two days later, he came out in a Facebook post to affirm to the rumours, saying he was indeed taken by the police, who alleged that he was a "Yahoo Boy".
He threw shades at the police and cleared the air of worry, stating that he was well and not in any way harmed.
He joked that he was angry because his "Monkey Tail" drinking was interrupted.
Lately, He has been speaking of Government injustice, focusing on the Logo 2 Makurdi demolition.