Kante's future at Chelsea in doubts over fitness. 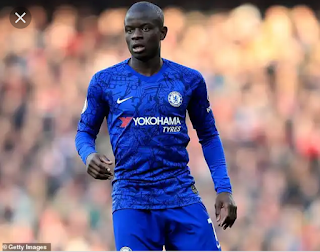 Frank Lampard has spoken about N’Golo Kante’s future at the club after a season which has been badly disrupted by injuries.
“He’s fit and he’s been training,” he said. “He trained for a period with the small sessions, socially distanced-type training, but he’s been training with us as a group for a while now.
“He’s fit as anyone else in the team and he’s naturally fit anyway.
“Was it a difficult situation? Yes, because I was very sympathetic as I think the reaction was everywhere.
“But I obviously have to deal with it at close quarters, with N’Golo and his feelings. It was very genuine. He wanted to be clear with how it was going to work around the training ground. As I say, that’s been sorted out in the short term. He’s training and he’s happy.
“In terms of N’Golo, I’ve seen some talk and reports about him and his future at the club. I’ve said it a lot of times about N’Golo – [he’s] one of the best midfield players in the world. I would have loved to be able to play with him. The type of player he is, he has everything.
“Coming back to Chelsea and getting the opportunity to manage this club and having N’Golo Kante is something I really want to appreciate and work with.
“This season, unfortunately, because of injuries, it’s been tough for N’Golo. It’s nice to see him a little bit fresh.
“One of the silver linings with [the season being suspended] is we’ve managed to get a few players fitter and fresher. N’Golo is so important to us as a team going forward. We need him regularly and hopefully we’ll have that now.”
Chelsea news Premier league