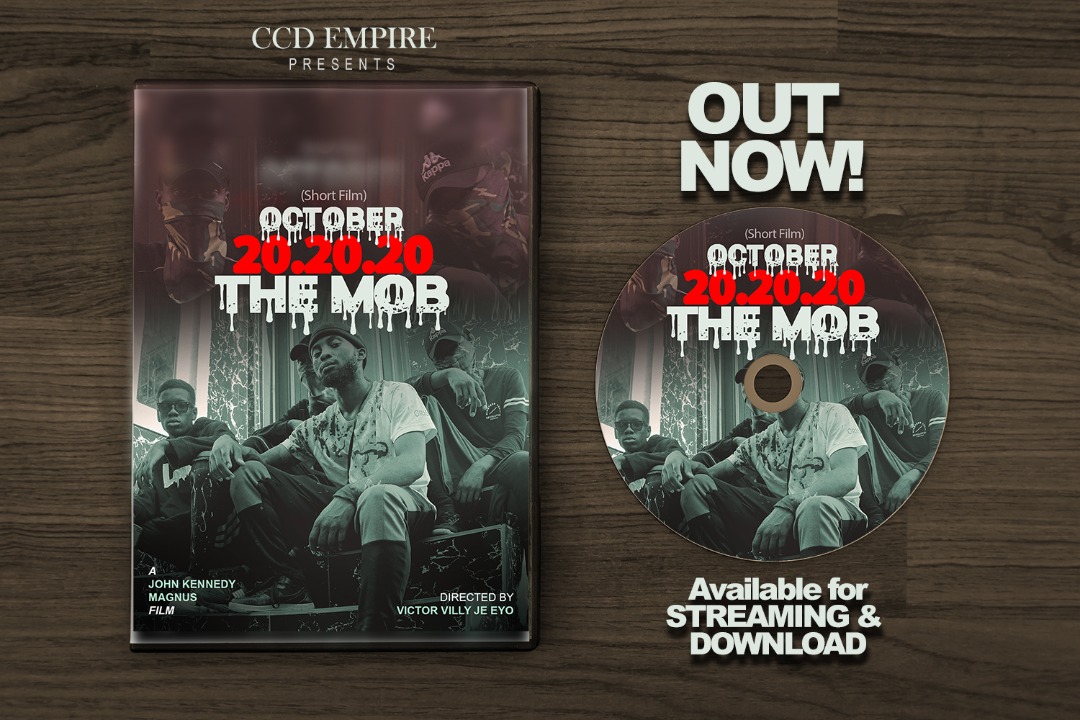 CCD Empire of the federal capital territory of Nigeria presents 'The mob', a short film on the various happenings that befell our country Nigeria between 1st October - 20th October. A john Kennedy film, the CEO Kstorymedia,  directed by The best Abuja Video maker and artist 'Villy Je' is a must watch movie!!! A must stream movie!!.

From politicians carrying thugs in official cars, to the colorful protests we had, to the Killings at Lekki till gate, of which up to now , nobody has being held accountable for the killings. The mob is for the world, the mob is to show the world our present situation, the mob is #endsars

WATCH 'THE MOB' BELOW