[Top gist] Is Goodluck Jonathan Coming Back To Contest For President? Check Out What He Has To Say #hypebenue

[Top gist] Is Goodluck Jonathan Coming Back To Contest For President? Check Out What He Has To Say 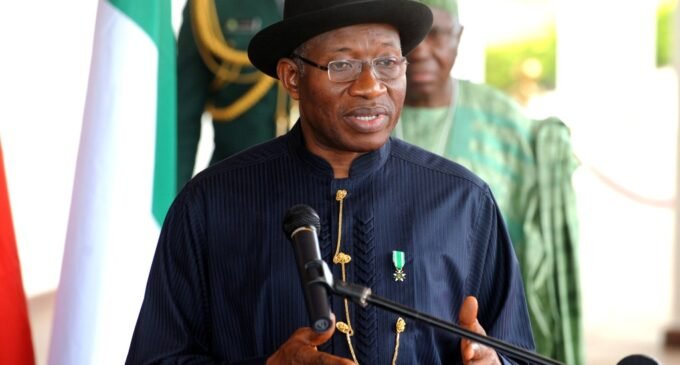 Dr. Goodluck Jonathan, the former President of Nigeria, has said it is too early to talk about his interest in the 2023 elections.

There are reports that the former president is being persuaded to run at the end of President Muhammadu Buhari’s two terms.

TheCable had reported how governors of the All Progressives Congress (APC) swooped on Jonathan two weeks ago.

They had visited the ex-president at his Abuja residence in commemoration of his birthday but also held a private meeting with him.

Issues discussed at the meeting were not made public but an insider told TheCable “2023 permutations are taking shape”.

But speaking with reporters after attending an event organised by the Commonwealth Community Choir in Abuja on Friday, Jonathan said there are still other issues to focus on ahead of the next general election.

When asked if he would be joining the presidential race in 2023 he said: “It is too early to talk about that.”

He also spoke about the issue of insecurity in the country and called for support for the federal government and the security agencies to overcome the challenges.

The former president said Nigeria is not the only country affected by insecurity, adding that he had his challenges to deal with while in office.

Jonathan has been enjoying goodwill from APC leaders in recent times.