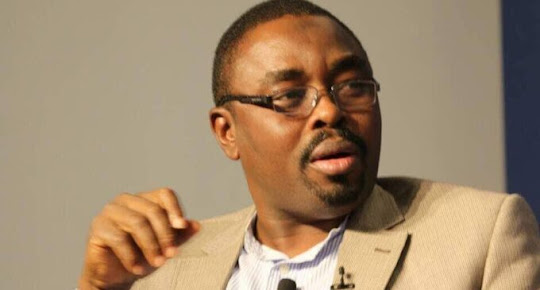 Olanrewaju Suraju, chairman of the HEDA Resource Centre, has been indicted of falsehood in the probe of an allegation that an e-mail and phone conversation attributed to Mohammed Bello Adoke, former attorney-general of the federation, were forged.

Suraju was indicted by an investigation carried out by the inspector-general of police (IGP) monitoring team.

In a series of press statements by HEDA earlier this year, the not-for-profit organisation said Adoke had communicated with JP Morgan in June 2011 over OPL 245 transaction between Malabu Oil & Gas Ltd, Shell and Eni.

Adoke was accused of using the email address of a company owned by Aliyu Abubakar, who was on trial in Italy over the OPL 245 affair.

The email was intended to support the claim that there was corruption in the deal, that Adoke — who was not on trial in Italy — and Abubakar “worked together” to fleece Nigeria in the deal.

Adoke had disowned the email, saying he was no longer minister as of the date it was sent and had no reason to use another person’s e-mail address.

The former AGF also debunked claims he had a phone conversation with an Italian journalist in 2017 where he was said to have acknowledged that the OPL245 deal was a scam.

Adoke said the phone conversation was state-managed, adding that he was on self-exile at the time and had stopped using a Nigerian line since June 2015.

The former minister, through his lawyers, had petitioned the IGP requesting for a investigation of the allegations levelled against him.

In a letter addressed to Adoke and dated September 2 which was seen by TheCable, Ibrahim Musa, head of IGP monitoring team, said an investigation had been conducted on the claims.

The police said Suraju did not verify the phone tape and email before sharing on social media.

It accused the HEDA chairman of falsehood, saying his act is “a calculated attempt to resort to media trial and to falsify relationship” between Adoke and Abubakar.

“A thorough investigation was carried out and in the course of investigation, it was evident that Mr Olarenwaju Suraju of Human and Environmental Development Agenda, an unregistered organisation, without verifying the authenticity of the purported telephone interview and email proceeded to use the social media handle of @HedaAgenda on Twitter and @HedaResourceCentre on Facebook to disseminate same,” the letter reads.

“And when invited by the Police to substantiate his claims, he feigned sickness, jumped bail and resorted to issuing press statements maligning the Police, writing frivolous counter petitions and filing civil suits in Court against the IGP Monitoring Unit, Force Headquarters, Abuja and the Police, aimed to undermine the investigation and to evade the course of justice.

“That the claims made by Mr. Olarewaju Suraju that, his foreign partners, national and international media agencies are the authors of the information he shared is misleading as he was the one issuing the press statements that were published by these media agencies.

“That the totality of the conduct of Olarewaju Suraju is a calculated attempt to resort to media trial and to falsify relationship between Mohamed Bello Adoke, SAN, and Aliyu Abubakar while their cases are still ongoing in Court, thereby misleading the public, of which elements of a prima facie case of cyber-stalking, giving false information to misled public officer, injurious falsehood and criminal defamation with intent to incite exist.”

When contacted, Suraju told TheCable that he is not aware of the report from the IGP monitoring unit.

The HEDA chairman described the police report as “fake”, saying the monitoring team is still conducting its investigation.

“I was still with the IGP monitoring unit two weeks ago and the unit is still conducting its investigation. I am completely unaware of that so-called report.”

When asked about his encounter with the police and a part of the probe which noted that the HEDA chairman could not substantiate his claims during investigation, Suraju insisted that the report cannot be true.

“I can tell you authoritatively that the report is fake. I can assure you that it did not emanate from the IGP monitoring team,” he said.

“The monitoring unit is still conducting its investigation and I can assure you that there is no official report coming from the IGP monitoring unit.”

While the IGP report describes HEDA as an “unregistered organisation”, Suraju said such claim is “a lie”.

“In my presence, the police confirmed our registration on CAC website and they saw the registration of my organisation on the website,” he added.