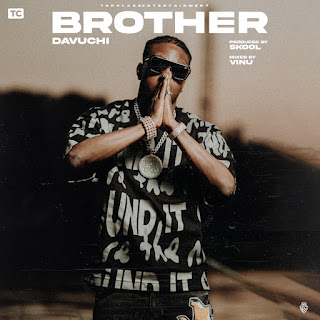 The rule of being situated in Nigeria to make Nigerian music has been ruled out a long time ago by prominent singers from different spheres of the world, a fact which instills our sound as a global property. We’ve been more than acquainted with the existence of Afrobeats and other Naija vibes in the UK, USA, a largely spreading part of Asia unarguably through the TikTok app but nobody has really imagined how the presence of Nigerian music feels in the far districts of New Dehli.

It will be said that a Lagos-raised singer and songwriter is claiming the music scene in the capital of India a step at a time from a point where could still be considered underground. David Ayomide Akintola better known by his stage name "DAVUCHI” is causing a sparkling effect with his music over there from the stable of Topclass Entertainment.

A couple of quiet collaborations and singles including "Olowo & Addicted" released earlier this year earned him the discovery by  LOONII, Topclass Entertainment topdog.

Davuchi was influenced by the melodies of singers like Chris Brown, Jason Derulo and Wizkid, he is that way naturally expected to be a ladies’ man as he prides himself.

His brewing new single BROTHER is a feel-good inspirational song rich in elements of what is mostly desired to listen to in this era.

Brother was produced by S Kool and Mixed by Vinu George. Expect more singles from Davuchi soon and an E.P before the end of 2021.