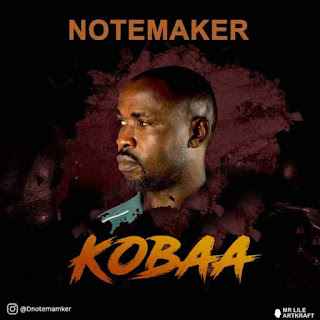 Dnotemaker is  Sensational Nigerian Based Music  artist whose real name is Anthony Nwabunwanne Obagha who hail from Anambra and was born March 18 1978.

Dnotemaker has always been consistent with his nice song and dope deliveries.

He never fails to create good sound and wonderful songs. Dnotemaker Dish Out another Banger, After his previous release “Kobaa” which is now rocking the airwaves, He decided to drop  the hit dreams which is a very banging and lovable song for The culture and Gyration online.

Dnotemaker Quotes: What made me to do music is to create avenue to dispense hope to generation next and be a social change driver

And vision and mission in the   music industry is to become instrument of a peaceful society & a hope agent for generation next.

He always makes us understand in his sound that he is devoted to the street and will always rep the street, this  song –  titled KOBAA from his first album ” kick off” speaks a lot and you don’t want to miss by not listening to this dope sound.

He Narrated that  Tony Oneweek & Phyno are his role models