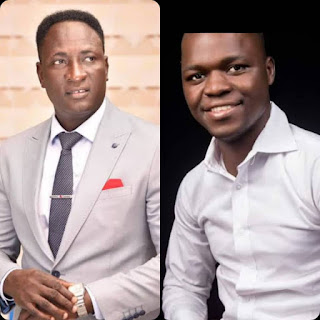 Prophet Fufeyin, a man of God with proven anointing has since been appealed by the Christian community globally not to pronounce a curse on Mr. Ezeaku.
Mr. Matthias Ezeaku Ejiofor who is currently on the run is wanted for defaming the character of the man of God, has just been forgiven by the same Man of God, indeed as an example of the teachings of our Lord Jesus. Prophet Fufeyin has proven to the world that he is a practitioner of what he preaches, Love and Forgiveness.
Indeed, this act of forgiveness has caused a reaction on social media as Nigerians applauds his demonstration of love and forgiveness.
Of a truth, Jeremiah Omoto Fufeyin is a true Man Of God.
You'll recall that Mr. Matthias Ezeaku had in a viral video called Prophet Fufeyin fake pastor with a strong heart, warning him to stop making people believe that he performs miracles.
He accused the cleric of using people who are not sick to create the impression that he performs miracles.
Despite his unverified claims, he has been begging individuals to help him in making blackmail video against the cleric since he has remained a lone voice in this journey.
Thank God for the spirit of love and forgiveness demonstrated by the Prophet, God Bless Prophet Jeremiah Fufeyin, and God Bless You.
Facebook Video: